About 5:30 this morning I heard Gopher throw up so I got up to clean the mess. When she's watching me at work, she has the saddest look on her face as if she knows she's done something bad and is about to get yelled at. These things just happen now and then.  So, I put on the coffee and we were outside around dawn once again. Same wildlife results as yesterday. Not a creature was stirring, not even a mouse.

We've seen, and owned, shoe trees over the years, but nothing quite like this. It's growing alongside US 26 west of Mitchell. As I hear it told, such trees only grow in Oregon. We've traveled in every state in America, and most Canadian Provinces, and have never seen one anywhere else. 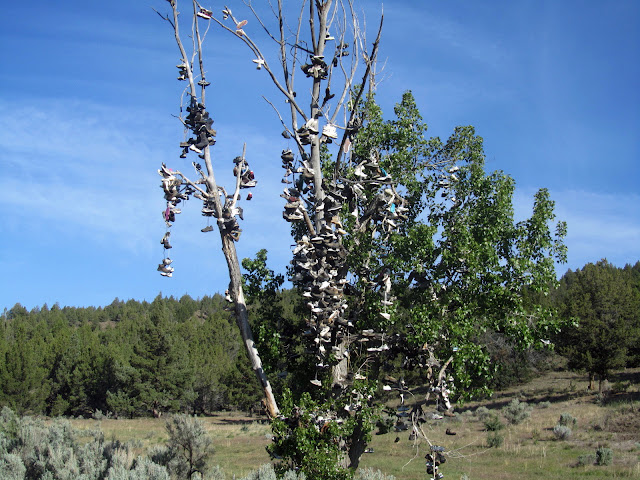 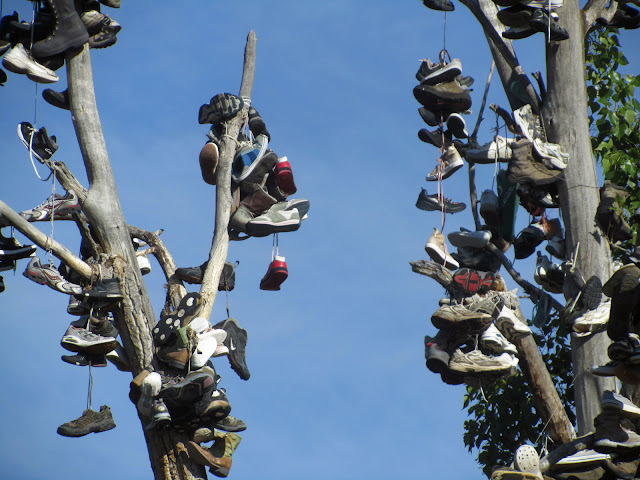 An Oregon Shoe Tree.Wonder what the Latin name is??


In a recent blog post, I posted a picture of a very strange Oregon critter. Donna K. was able to identify it. Seems it's an  Oregon Marmalotgrapusped.  First one I've ever seen. Wonder if they eat the fruit of the Oregon Shoe Tree??


"I like nonsense, it wakes up the brain cells. Fantasy is a necessary ingredient in living, It's a way of looking at life through the wrong end of a telescope. Which is what I do, And that enables you to laugh at life's realities."
Dr. Seuss


We're in the Ochoco Divide USFS campground for the night. Our Lazy Daze friend, Jim, is camp hosting here for the summer. This is a very nice campground with gigantic Ponderosa Pines. They're easily identified by their cinnamon colored bark, plus they are generally the tallest tree in the forest wherever they are found. We're in a nice pull-through site with fairly good solar, given the wooded nature of the campground. $6/night. 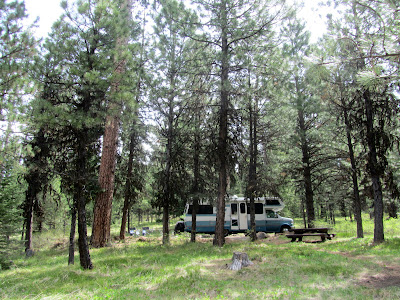 I told Jim to come down for dinner tonight. I'd cook salmon and sweet potatoes on the grill. These bachelor types don't get very many meals they don't have to prepare.No argument from Jim. 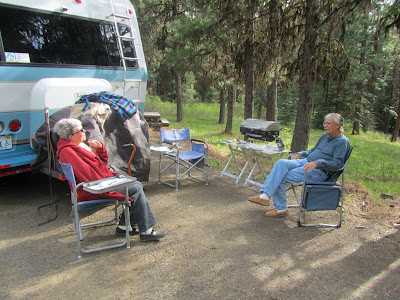 Hi Ed and Carol! When I saw the title of your post from Al's blog I had to go look! We have a shoe tree here too in Zion Utah! Take a looksee!
http://www.phunnyfarm.blogspot.com/

Blogs of other Lazy Daze owners. 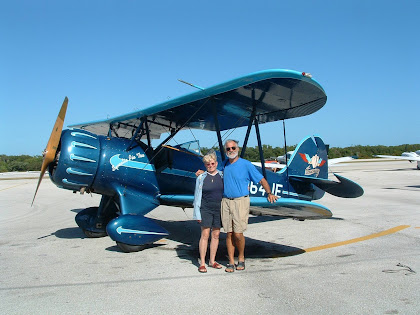 Off we go for a ride in the bi-plane 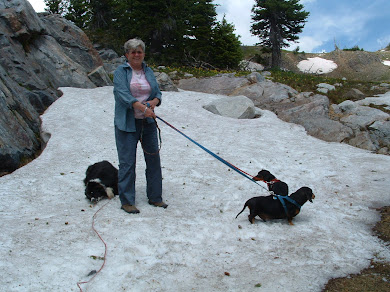 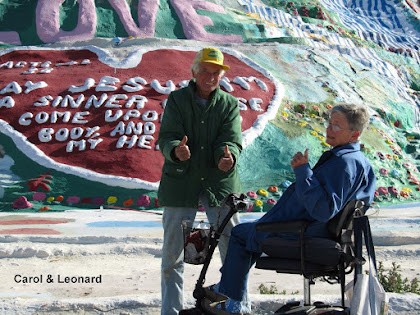 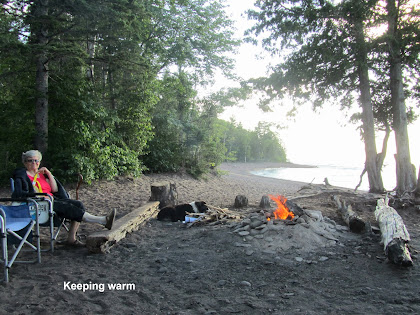 It was just the three of us. 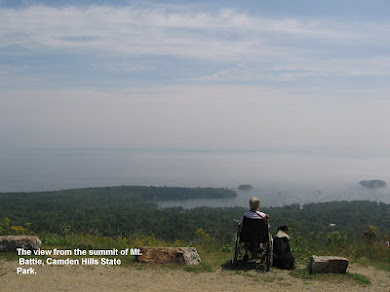 The Maine Coast near Camden.